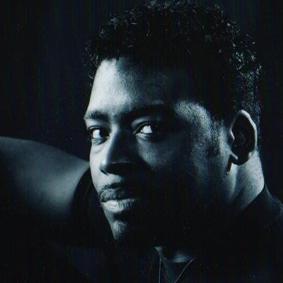 Brad was born in New York and studied music with legendary jazzsinger Marie Blake as well as theatre at HB Studios in New York. He performed at such noterary venues as The Village Vanguard, The Five Oaks, Sweet Basil and Dont Tell Mamas. He re-located to Europe in 87 where he immediately began performing with the local Swedish, Danish and Norwegian talent. He then pursued his musical/film side performing leading roles in such musical productions as Company, The Buddy Holly Story, Showboat, Jesus Christ Superstar and Miss Saigon. He also adds film (Stockholm Marathon) and television ( Rena Rama Rolf and Agnes) to list of accomplishments in Scandinavia. He is an artist of high caliber who will give you a complete experience. As comfortable singing Frank Sinatra golden oldies accpmpanied Jan Slottenäs´ Big Band or Johnny OlssonS Big Band in Sweden, as he is with belting out a contemporary gospel number with his very own B&B Gospel Singers. KLAM represents him in three different constellations:BRAD JOHNSON CONNECTION a r&b/jazz-funk experience, WHITE NIGHTS A Tribute to Barry White and B&B GOSPEL SINGERS together gospel queen Beverly Glenn.