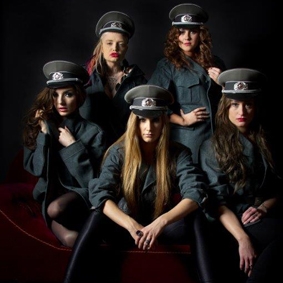 The Female DJ Revolution is a Swedish tour concept that started in the summer of 2011.

Think girlpower, joy, and mad party and you’ll get a good picture of what they´re about.

The Female DJ Revolution consists of four girls, two of them DJ’s and two of them vocalists.

Together they give you a night full of pulsating house music accompanied by exquisite live vocals from one of the vocalists.

Their instant success assured the girls a second summer tour in 2012 and as they kept touring all over Sweden the concept grew and grew.

They had to extend the summer tour due to a high demand for the vibrant and explosive powerhouse they now had become, and they are continously going strong as the demand for them just keeps increasing.

2013 couldn’t start on a better note than with JoiaAgency’s showcase at Ambassadeur in Stockholm where the girls gave a hint of what to expect from them in the future.

And it was one hell of a showcase, to say the least! Up next is the release of their first single called “Revolution” and many transcendent gigs to come!