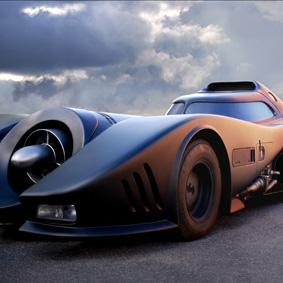 An impressive replica of the original Batmobile has been turning heads on the streets of Sweden, recently.

Batman undoubtedly one of the most comic-book hero of all times and fans are always trying to find or build the coolest memorabilia. Not long ago we featured some photos of a home-built Batman Tumbler built from scratch and of a Tumbler built from a Go Kart. Now a Swedish dude apparently spent around one million dollars over 3-5 years to convert a 1973 Lincoln Continental into an awesome replica of the original Batmobile.

A result of over 20,000 hours of work, the Batmobile replica comes with voice recognition, DVD players, height adjustment, reversing cameras and other gadgets. It’s definitely one of the coolest Batmobile replicas I’ve seen.